In anticipation of getting my stereo up and running in the next while I did a big 3 upgrade and took some photos of the process.

Overview of the engine bay:

Next step is to remove the battery. Battery terminal bolts are 10 mm and the battery tie down is also 10mm (if my memory is correct).

Next I removed the plastic batter tray and the metal tray below that with the 6 12mm bolt attaching it.

The 3 upgraded wires are listed below. The first is the batter negative terminal to chassis ground (12 mm bolt). I used an 11 inch long wire here.

Next is the engine block (12mm bolt) to battery negative terminal. I used a 30 inch wire, but can be shorter depending on how you route it.

The last upgraded wire is the the battery positive terminal and alternator postivie bolt (10mm) I used a fused @ 80 Amp wire with a length of 50 inches.

Next was wiring up the new batter terminals with the tec flexed wired and connectors installed. Below are pictures of both positive and negative wires and terminals. I used JL Audio XB BTU terminals.

Here is a shot of the positive run from the alternator to the battery positive.

Picture of the 2 positive wires of the terminal. Both are fused, one goes to the alternator and the other will go to my amp.

Picture of the negative terminal. One wire goes to chassis ground, one goes to engine block, and the other is the stock wiring bolt.

Final picture of both terminals. Notice the stock wires for both positive and negative bolted directly to the aftermarket terminals. Any questions let me know. 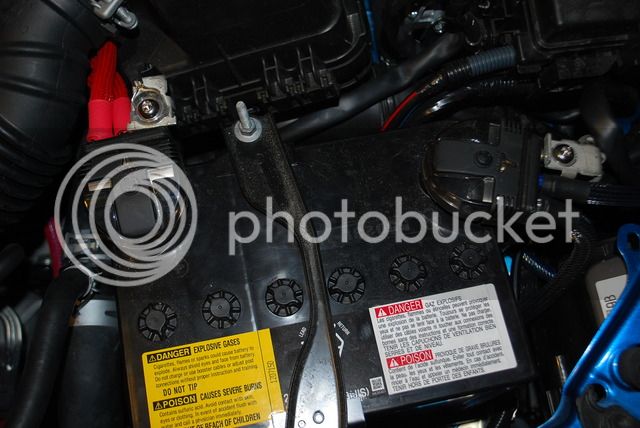 The amp is a 5 channel putting out 800 rms between the five channels, hence the 4 Guage wiring. I have never done a big 3 upgrade in any of my cars with a stereo and had some extra cable laying around. I have read that it makes a difference for any size stereo so thought why not.

Rest of the install will come in the next few weeks.